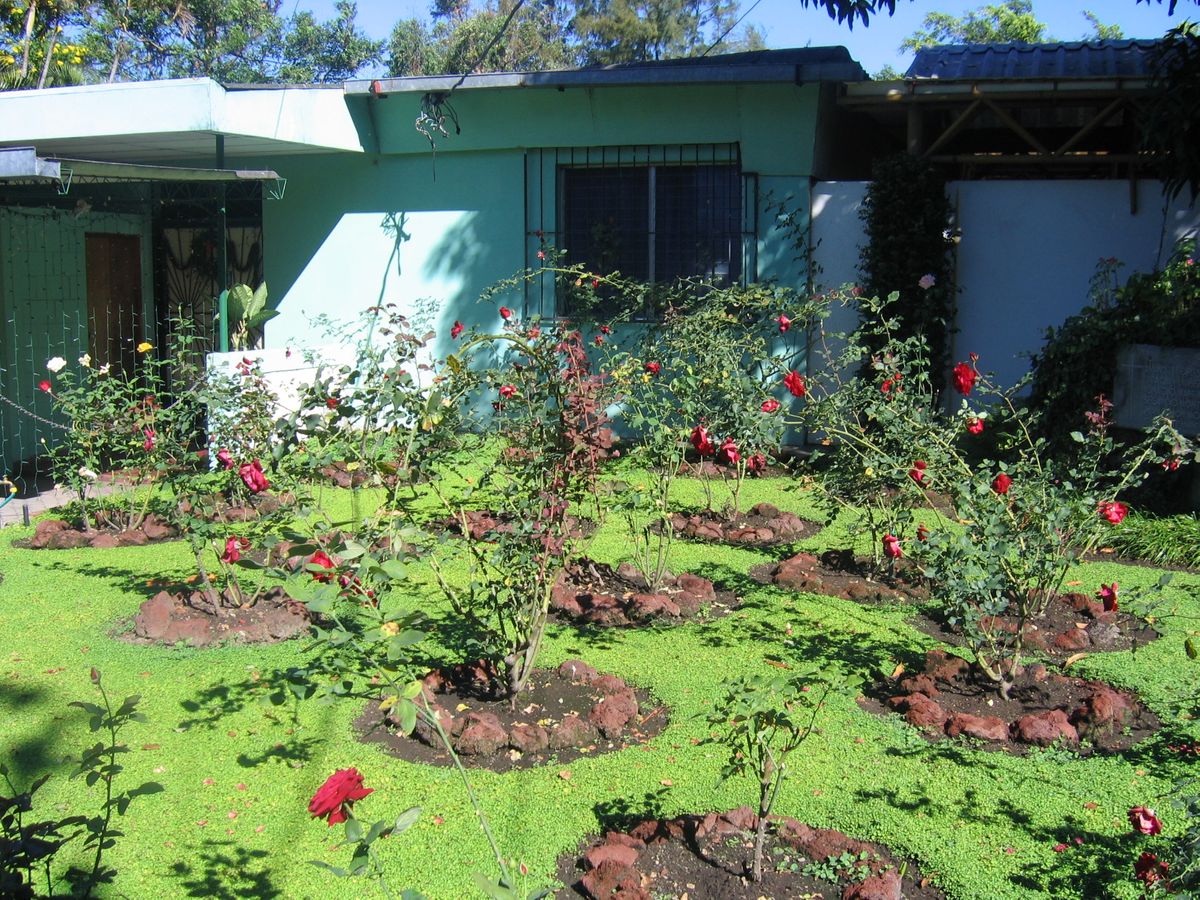 You Find the Martyrs of San Salvador

This is a beautiful and inspiring message of Lyn. Chencho

We stood in a ring around the rose bushes. One planted for each of the dead: six priests, the housekeeper, and her fourteen year old daughter. We were at UCA, a Jesuit university in San Salvador. In the university’s memorial museum we saw the priests’ clothing, one father’s blue polo shirt and khaki pants ripped, stained with struggle. In the university’s photo albums we saw the bodies that had worn them so comfortably. We saw reports, pictures of their deaths. We saw the smears of blood on the ground, we saw their swollen faces and exposed bone. In the university chapel we saw them in a cloud, floating high above those who killed them. In that chapel we saw others, too. Above the entrance were drawings of contorted bodies and gaping mouths. We saw art that sang the suffering of the poor, strung up by the pain of their people.

We went deeper into the city. We saw Archbishop Romero’s tomb, his body draped in the stone habits of nuns. We saw the cathedral that sprawled wide above him, the dome depicting celestial bliss. We travelled more, saw the room where he lived, six months wrapped in those stone habits. His little room in the sacristy, stifling hot and barely room for a bed. Down the hallway we saw the place where he was shot, slightly to the left of the altar, hit through the heart while preparing Communion. He died in an ambulance on the way to the hospital.

Somehow the chapel was peaceful, women arranging freshly cut flowers in the lazy sun of the afternoon. No screaming or gunshots, no sign of what had transpired other than some words over the altar. Nothing seemed wrong, and yet in that chapel the history of a country changed.

The buildings we saw that day bore no scars, no bullet holes, no traces of the violence and blood that had soaked into the ground. There were roses, fresh cut flowers, a soft candlelight over Romero’s sleeping face. The things we saw were stationary, battered clothing and books of photographs, drawings and painted words. But truth seeped through that tranquility. The outlines of letters were the curve of death’s arms, the drawings kinetic, clothing torn, and photographs showed flesh once warm. Chencho spoke calmly of his kidnapping, smiled slightly at being left for dead.

We saw the memories of El Salvador, quietly cloaked in its present. The past is a bruise, tangible and painful though covered by clothing. If you touch it, you find the twinge of what happened, the nerves tangled and red with remembrance. You find the martyrs of San Salvador.

From Holt visit to El Salvador